Staystitching is a sewing technique that new generations of hobby dressmakers haven’t heard of before; or not aware of its importance in keeping fabrics smooth.

Why is Staystitching Important?

Distortions occur during the sewing process, as the pulling and stretching actions on the fabric can change the curves. The reason for this is that curved cuts slash across the bias, which refers to any grain in which the vertical and horizontal threads of a fabric meet.

A bias cut tends to increase the stretchability of a woven fabric, which denotes that as we pull and stretch when sewing, the curve cut will distort. Since the shoulder portions are cut with a slight slant or slight bias, it’s important to staystitch them as well.

How to Staystitch Properly

Staystitch should be done immediately after cutting a fabric using stitches that are 1.5 in length because smaller stitches tend to create a stronger hold.

Determine the seam allowance at the curved or biased areas so you can space the stay stitch away from the seam line.
When staystitching the curves of necklines and sleeve holes, start stitching from one end going to the center, which means restarting from the other end toward the center. The purpose of which is to keep the width of the staystiches even from end to end. 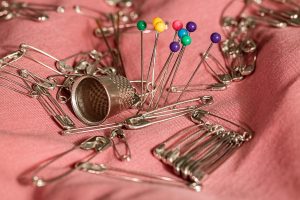 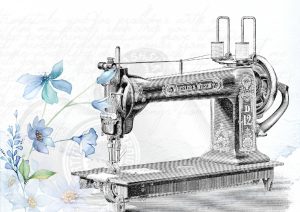